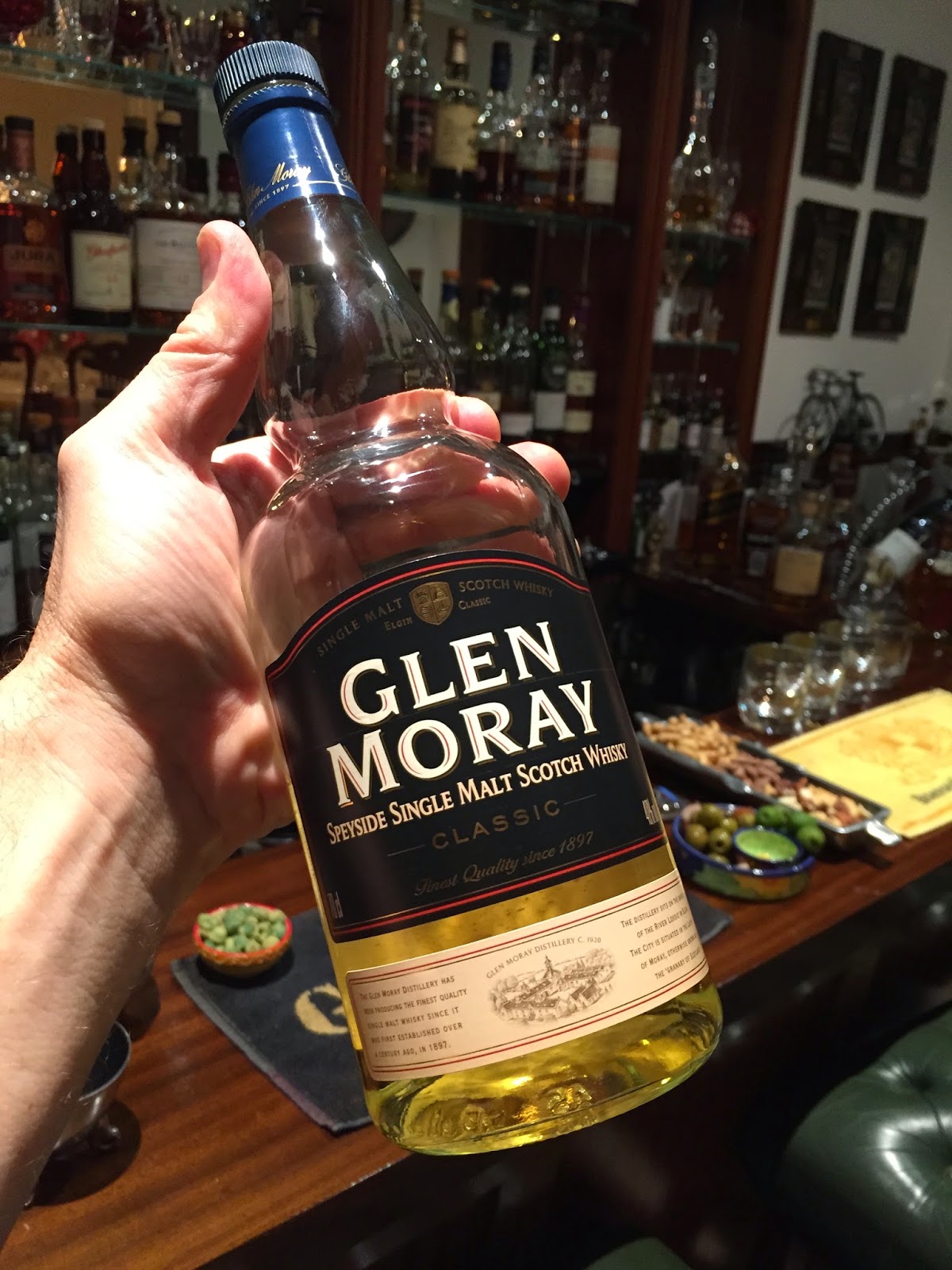 A delicious Speyside single malt Scotch whisky.  This came to me as a gift for doing something deemed kind or generous for a client.

Glen Moray has been distilled in the city of Elgin, the capital of Speyside, for over a century.  The city is situated in the Laich of Moray, also known as the Granary of Scotland. It is famous for its malting barley and its mild even climate.  Some of you reading this will take ‘a mild climate’ with a pinch of salt - it being situated anywhere in the UK.  The distillery was producing 2 million litres annually.  Last year the distillery was expanded to 3.3 million litres and by the end of next year its capacity will expand to 6.5 million litres.  So you will no doubt be seeing more of this wee dram!

The oaks casks used to mature this easy, gentle single malt are stored in traditional low roofed warehouses.  This allows its light and refreshing character to endure. The whisky is a light gold colour.  The palate is fruity with a hint of vanilla, a touch of spice and sweet butterscotch notes. The finish is short and fruity.

Pour yourself a generous tot in a clear nosing glass.  Swirl it round and sniff at least four times to appreciate the various parts of the bouquet.  Take a small sip of the undiluted nectar and let it roll slowly between your lucky tongue and palate. Now let it go down, breathe deep and allow yourself to moan with pleasure!

Posted by Maish's Single Malt Blog at 10:41 No comments:

Maish's Single Malt Blog
I am a husband, father of 3 boys, son, brother, and friend. My work is dentistry. I am into health and fitness. I train regularly in the gym and my main sport is cycling. I have commitment to excellence- in my personal life, my profession, what I expect and demand of myself and of course, what I drink! I have a passion for great single malt whisky.